Weight loss surgery and BE

This study is one of the first to suggest that, among patients with severe obesity, weight loss surgery might induce histologic regression of BE to normal lining. 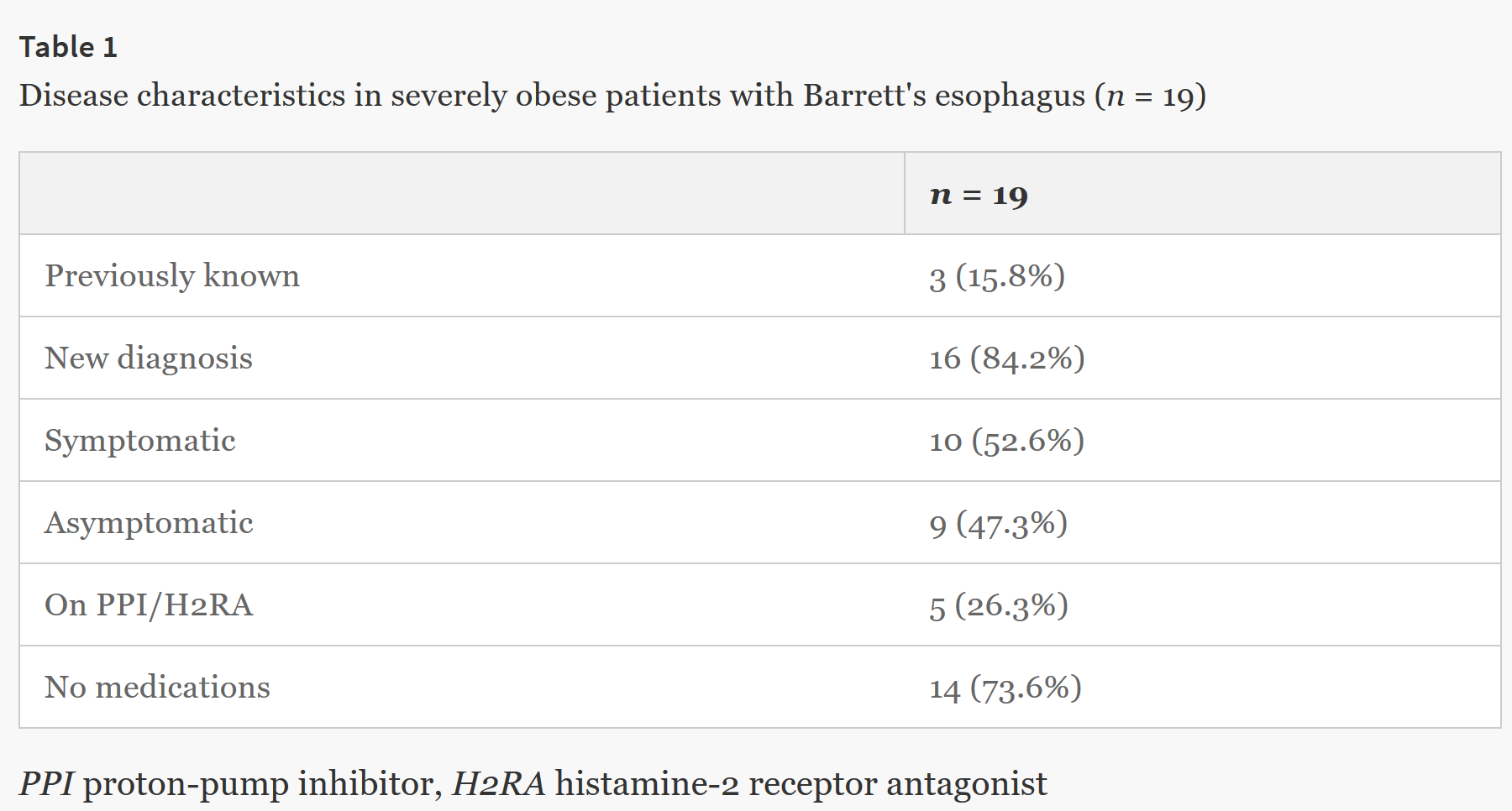 Barrett’s esophagus before and after Roux-en-Y gastric bypass for severe obesity.

Barrett’s  esophagus (BE) has been associated with obesity and metabolic syndrome.  Laparoscopic Roux-en-Y gastric bypass (LRYGB) may represent a surgical  approach which addresses both severe obesity and BE. LRYGB diverts bile  away from the gastric pouch and esophagus due to the long Roux limb, and  very little acid is produced in the cardia-based gastric pouch.  Furthermore, surgically induced weight loss may diminish systemic  inflammation, which may contribute to metaplastic changes in the  esophagus. Moreover, improved compliance with proton-pump inhibitor  therapy, as a consequence of enrolling in a bariatric program, will  decrease acid production further. Decreased duodeno-gastro-esophageal  reflux should lead to decreased BE. In this study we examine the effect  of LRYGB on regression of BE.

We  performed a review of all patients with biopsy proven BE, who underwent  LRYGB at our institution. A total of 19 patients were identified. A  subset of those patients was identified who had at least 1 year of  clinical, endoscopic, or histological data, comprising a total of 14  patients. Seven of these patients had symptoms of gastroesophageal  reflux. All 19 patients had short-segment BE. One patient had low-grade  dysplasia.

Post-LRYGB, 6 of 14 (42.9%) patients  had histologic regression of BE to normal esophageal mucosa, with no  evidence of ongoing BE. 13 of 14 patients (92.8%) reported compliance  with continuing PPI therapy for at least the first year after surgery.  Body mass index for the group of 14 patients improved from 46.6 to  30.3 kg/m2.

We recommend LRYGB as  an effective combined bariatric and anti-reflux surgical procedure for  patients with severe obesity and BE. In short-term follow-up, LRYGB  achieved endoscopic and histologic regression to normal mucosa in a  substantial number of the patients in our series. Long-term follow-up  for patients with BE according to standard surveillance protocols is  still recommended.